One Of The Most Asked Questions Of All Time Is Answered By A True Legend!

My friend, if you are young and have never heard of J. Vernon McGee, you are in for a real blessing when you watch this video.

J. Vernon McGee was born June 17, 1904 in Hillsboro, Texas and died, December 1, 1988 (aged 84). McGee was an ordained Presbyterian minister and later became the pastor of a non-denominational church, a Bible teacher, theologian, and was also a radio minister. He was most well known for his Thru the Bible Radio Network. He was an active participant in this radio ministry for 47 exciting years. I used to listen to his broadcast for hours in awe, soaking up his bible knowledge. 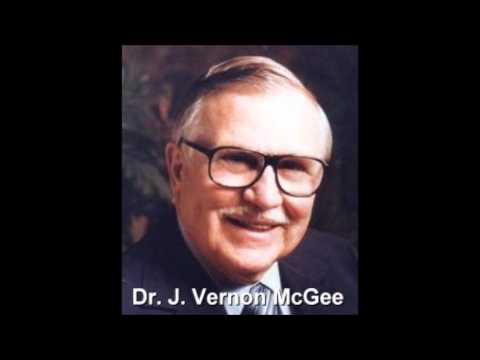 Thru the Bible is a 30-minute Bible study radio program that takes the listener through the entire Bible in just 5 years, going back and forth between the Old and New Testaments. This Bible study program has been aired on radio stations in the U.S. since 1967, around the globe. Even today “Thru the Bible” is a worldwide ministry airing on Hundreds of stations in the U.S. and Canada, and heard in more than 100 languages and dialects around the world.

If you have ever had this question about your salvation, just listen to what J. Vernon has to say. When you listen to this short video think also about the prodigal son.